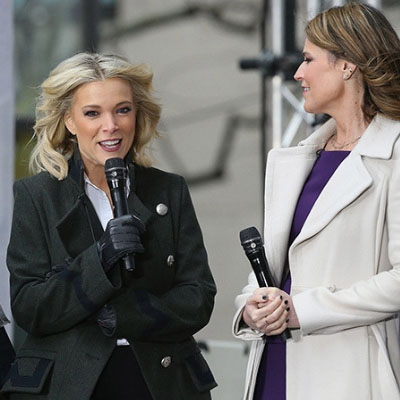 How to Choose a Good Translator for Your Order? - ► Make a Free Auction for all potential Translators, so you can chose by yourself who is the Best. Tap to learn more ◄

By means of the opportunities of the TranslatorsAuction Internet-platform you can find the Interview translator for free: quickly, conveniently and according to your requirements.

The interview is a conversation of two or several people for obtaining certain information that will be reflected in the article or the video record in media.

From various variants of interview translation, interpretation is the most widespread. Such translation is one of the most difficult as means high responsibility and intensity, the concentration of attention and perfect language proficiency of the translation.

The translation of questions and discussions at press conferences, the political-legal translation also belong to the interview translation.

The Cases when Interview Translation is required

Interview translation is frequently required at its publication (entirely or in the form of quotes) in foreign media. In a reverse situation, the translation will be required from a foreign to the native language.

To improve the translation quality, it is necessary to negotiate previously with the customer the terminology and the names, which are mentioned in the text. The translation has to be literal, taking into account national specifics of language phrases.

Interpretation demands from the translator maximum concentration and readiness for emergencies, for example, to the sharp change of a subject. At incorrect interpretation of the question, there can be an unpleasant incident, especially if the broadcast of an interview happens on the air. In order to avoid a similar situation, it is possible to discuss previously with the customer an interview format (consecutive or simultaneous interpretation), to obtain the respondent’s data, to specify the purpose and scope of an interview and to get the approximate list of questions.

For high-quality translation, it is necessary to create the corresponding specifications: eliminate extraneous noises, a possibility of communication break, etc.

When adjustment and multiple recording of an interview are possible, the following technique is commonly used: the respondent serially answers each question, after that the interview is edited from beginning to end or taken shorthand. Thus, the probability of a mistake decreases.

Consecutive interpretation is made in breaks between the respondent’s statements; therefore, the good translator has to keep the large volume of information in memory.

Simultaneous interpretation is made in parallel with the respondent’s speech; that requires special equipment for simultaneous broadcasting. As the translator at the same time perceives external information and speaks the native language, the text might insignificantly differ from the original. The speech of the translator is obliged to be competent and accurately articulated.

The legal translation is widely applied in the political sphere; its feature is the increased accuracy of the translation and observance of diplomatic cliches. The consecutive legal interpretation is the most widespread. Depending on a situation, the target text might be simplified in favor of competent arrangement of political accents.

The interview at press conferences means unexpected questions from a large number of reporters. For improvement of translation quality, the consumer needs to previously provide to the translator presumable subjects of discussion and the list of participants for a possibility of the relevant names and proper names translation. Questions have to be asked clearly near the microphone.

Experience in the sphere of both simultaneous and consecutive interpretation is necessary for this type of interview.

Requirements to the Translator

Translation of the interview has to be carried out only by certified linguists, desirably the native speakers and experienced in the interviewing. The translation has to be guided by standards for professional translators ISO 17100 and European standard EN 15038.

The website TranslatorsAuction.com represents more than the translators exchange on a competitive basis. It provides the unique opportunity to conduct the ruled auction: preliminary testing, cross assessment by potential authors the works of the other applicants, ranging the results of the tests according to the points gained by "blind" assessment. The conditions allow the customer to choose the option, which is the most suitable for his requirements in compliance with the ratio suggested price – points of the general rating.

Detailed information about the possibility of the choice of the translator and the publication of the order you can read on pages «How to Choose the Translator» and «How to Place the Order».